George L. Geiger was born on February 2, 1912 in Salt Lake City. He spent most of his youth in Venice, California, living a block from the beach. He loved the ocean and began building boats at a young age. His first was a canoe built out of barrel staves. 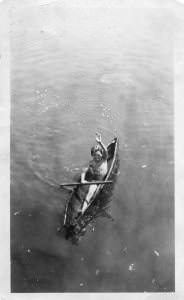 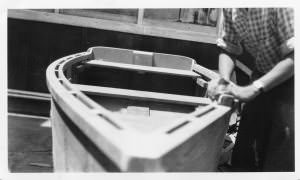 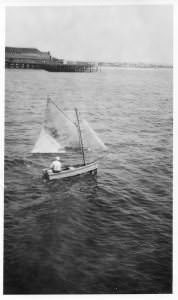 At age 15 George built the skiff “Barbara Ann,” named after his younger sister. Here he is sailing off the Venice Pier in 1927.