In the 1930s at the Isthmus Cove, Catalina Island, there were a few Hawaiians who were hired to put on luaus for yachtsmen and tourists. George Geiger learned their techniques and began to put on luaus for his friends and later, his fellow yacht club members, on beaches at Catalina. In 1945, the Blue Water Cruising Club (BWCC) was formed. In 1953, the club leased Big Geiger Cove and the luau became a regular feature of Labor Day weekend, at end of the summer. 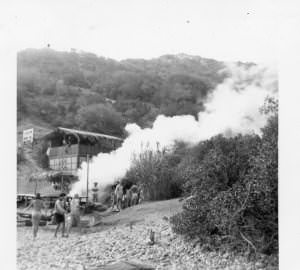 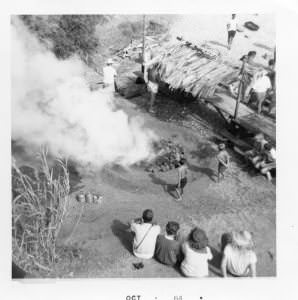 The morning of the luau, firing up the pit filled with wood, topped by rocks, is an exciting event. (A series of photographs by Richard Geiger in 1964.) 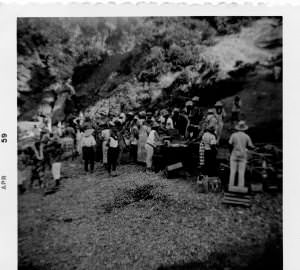 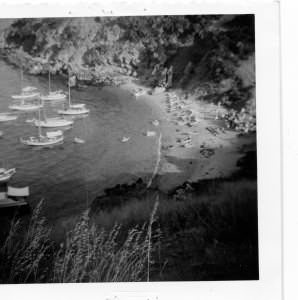 Before the pit is opened, the club members row ashore in their dinghies for a happy hour of mai tai punch. 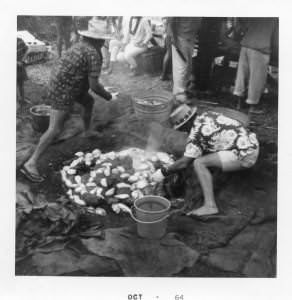 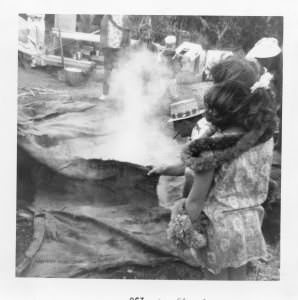 The pit is opened and the food is served. (George Geiger in the big hat with Wayne Kalayjian) Dinner is alfresco on beach. 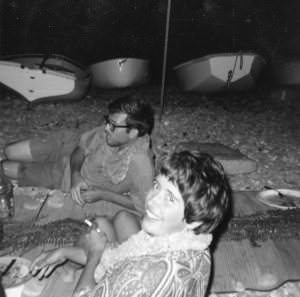 Judy Geiger Pereira and Stephen Taber lounge on beach after the feast.